Competitive sports have a unique ability to captivate viewers. As audiences, we love the suspense, exhilaration, and optimism we feel while cheering our favourite team to victory. As a result of the video services available worldwide, such as YouTube, people are being exposed to more sports they’ve never heard of—such as underwater hockey, swamp football, or hovercraft racing. For broadcasters, investing in niche sports programming—which often offers the added thrill of players in harsh or unusual conditions—can translate to promising new revenue streams. Today, snow volleyball represents a substantial opportunity for live sports providers—having steadily accumulated interest from audiences across the globe.

The sport, which is often described as beach volleyball with snow instead of sand, was first played competitively in the Austrian Alps in 2008. As more fans got involved, tournaments expanded to include teams from Bavaria, Switzerland, Italy, and Czechia. In 2018, snow volleyball made its international debut in a special presentation at the PyeongChang Winter Olympic Games—which was covered by more than 40 TV stations. In March 2018, 24 men’s and women’s teams participated in the inaugural Snow Volleyball European Championship at the sport’s birthplace. Live broadcasting the three-day tournament from the Austrian Alps represented a real opportunity to grow the sport’s popularity—potentially to the point of the game becoming an official Winter Olympics event.

Yet, event producers—operating at 2,000 metres above sea level—had no means of distributing the broadcast via ground networks, since there was no terrestrial or mobile infrastructure available. Our OU Flex solution, which combines live video transmission with IP connectivity via satellite, was  implemented to provide the capacity required to deliver live championship coverage for multi-platform, multi-device consumption. 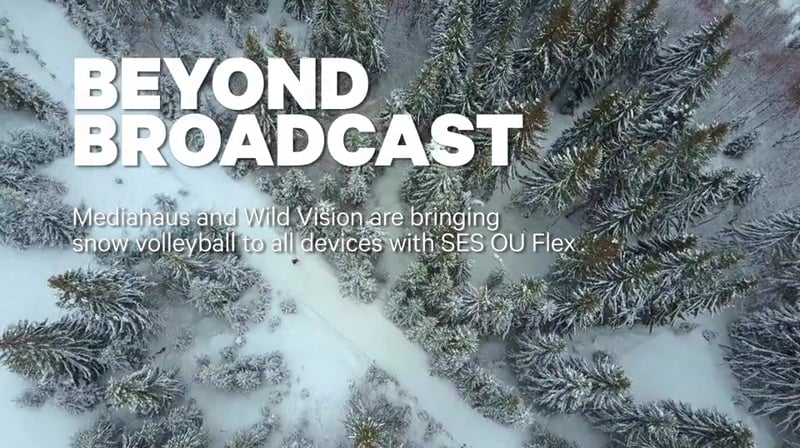 To provide reliable live video from a site with limited space for equipment in sub-zero temperatures, we teamed up with two partners. Wildvision provided a portable satellite news gathering (SNG) set-up, while production house Mediahaus edited and transmitted game footage in real time. Once the OU Flex modem was installed in the set-up, production teams used the service’s bi-directional IP capabilities to transmit live feeds directly from the court to viewers—on their TV sets, laptops, and smart devices. The championship was delivered via OTT and linear services to thousands of fans in Lithuania, Ukraine, Russia, Cyprus, and across Asia—via Eurosport.

“Satellite is the only infrastructure that enables content providers to cover events from any place in the world—no matter what the conditions,” said Wolfgang Angermuller, CEO at Mediahaus. “The addition of an IP-based modem to our SNG set-up lets us transmit content into our networks and feed taker points.”

To attract viewers and keep them engaged with the championship, the event team needed to be able to promote the tournament online, while delivering high-quality video to every end-user platform. OU Flex is equipped to provide IP connectivity accessible as a Wi-Fi network anywhere a modem is set up. This enabled press covering the event to upload high-quality photos and videos in real time—as well as live updates to be posted to social media. The service provides superior image quality by combining traditional digital video broadcasting (DVB) with IP transmission—via satellite contribution. This supports content distribution in IP formats, which feeds live video directly to streaming platforms and social media—providing more opportunities for broadcasters to monetise content.

“Our customers had a need to go into the next generation of IP transmissions, because they see more and more productions are being done in IP to ease the re-transmission later on,” said Steve Bisenius, Vice President Sales Engineering at SES. “OU Flex allows transmissions to be handled immediately in an IP format, which is the next-generation of content production.”

In an increasingly competitive video landscape, broadcasting up-and-coming competitive games live can be a great way to differentiate your content. Yet, picking up untested sports for extended TV distribution poses significant risks. Since live sports are among the most expensive events to produce, they can result in considerable revenue losses, if viewers lose interest. OU Flex enables broadcasters to make informed programming decisions, by offering a reliable, cost-effective service for assessing audience engagement with live sports happening anywhere—and under any conditions. Our easy-to-install service allows you to deliver high-quality video to viewers everywhere—on any platform or device. By helping you extend your reach to the widest possible audience, you’re able to deliver content that transforms your offering, and delights your customers. 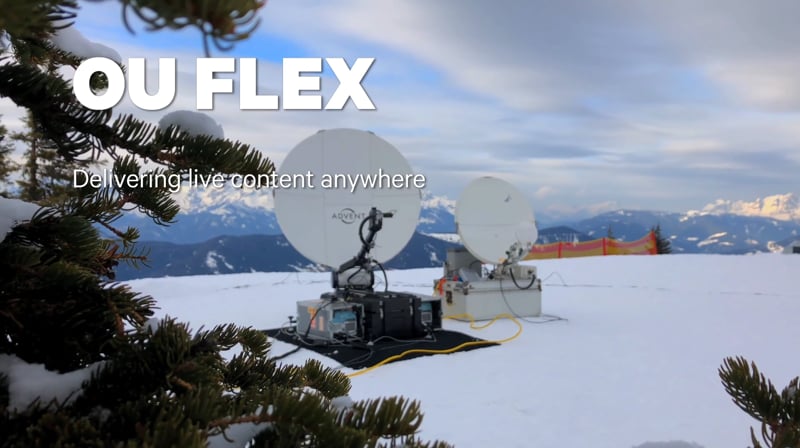