Sales of Ultra HD TV sets continue to rise, surpassing the number of HD TV sales in 2018. As more Ultra HD-ready TVs are purchased, consumers are becoming increasingly eager to watch video content that demonstrates the capabilities of their new screens. Yet, as the technology used to capture film and play it back on-screen improves, many consumers are lost as to what these new technologies actually mean for their viewing experience. Here, we look at four elements of Ultra HD, and how they contribute to the best viewing experience available today.

4x the pixels
With four times the pixels, Ultra HD TVs give you four times the detail. Just imagine how that level of detail will bring to life your favourite live sports, nature shows, and other video content.  One Ultra HD screen has enough pixels to fill four 1080-pixel HD screens, providing the most lifelike viewing experience available today. The 3840 by 2160 pixel resolution is only slightly smaller than the 4096 by 2160 resolution on cinema screens, for a total of nearly 8.3 million pixels.

What happens when you cram that many pixels onto one screen? You get a higher pixel density, leading to a picture that’s clearer, sharper, and that lets you see more texture. This means you’ll see particles of chalk dust rather than a puff of smoke when an Olympic weightlifter presses a record-breaking weight over her head. Individual blades of grass on the pitch of the World Cup finals. And every detail of the action in your latest binge-worthy show.

Up to 1 billion colours
Due to limitations in both display technology and source material, all TVs are limited in the range of colours they produce. HDTV displays about 16.7 million colours using 8-bit colour. That sounds like a lot, yet it is a relatively small slice of the visual spectrum. With the move to 10-bit colour and the BT.2020 standard created by the International Telecommunication Union, Ultra HD offers a wider colour gamut that increases the number of shades of each primary colour from 256 to 1024—for a total of 1 billion displayable colours. This doesn’t represent all colours in the visible spectrum, yet it’s a much larger proportion of it.

This improvement in colour is subtle to the viewer, yet you can easily see the difference in a side-by-side comparison. The wider range of shades is most visible in the reds and greens on the screen, and provides more realistic TV images. So if your TV content places you in a jungle scene, for example, the rich array of displayable green tones will provide a more realistic representation of that environment for a more immersive viewing experience.

Higher contrast
The next big thing in 4K Ultra HD TVs is High Dynamic Range (HDR). Not all Ultra HD screens offer this feature, but it is quickly becoming standard on the latest models. While HDR is often lumped in together with wide colour gamut, the two are quite distinct. Where wide colour gamut increases the number of displayable colours, HDR provides greater contrast between the brightest and darkest parts of the screen.

This means you will see darker darks, whiter whites, and more detail within these traditionally muddy areas on the screen. So, if your TV content places the action inside a cave, you’ll be better able to make our stalactites and stalagmites… or the colony of bats resting inside. If you’re looking at imagery of clouds, you’ll see more detail in the whites so you can see the three-dimensional quality of clouds—much more closely aligned to what you see when you lie in the grass and stare up at the sky than the clouds your pre-schooler produces in their first artwork.

Higher frame rate
Most film content is captured at 24 frames per second. This frame rate was chosen because it is the minimum filming rate that also produces decent sound quality, without the sound feeling chopy or broken up. It also didn’t use up too much film, so it helped keep filming costs lower. At frames rates below 5 frames per second, the human brain sees discrete images—imagine a stop-motion film that’s been greatly slowed down. Film at rates above 5 frames per second, and the brain perceives what it sees as motion. The higher the frame rate, the less blurry and more smooth and lifelike the motion appears.

As filming technology develops, it is now more affordable to film at higher frame rates. A great deal of video content is now shot at 50 frames per second, and the newest Ultra HD screens have refresh rates of 100Hz, 200 Hz, or higher (hertz is measured in frames per second), reducing motion blur, and providing smoother and more lifelike action for the viewer. This difference will be most apparent in active content, such as car racing or fast-action sports. 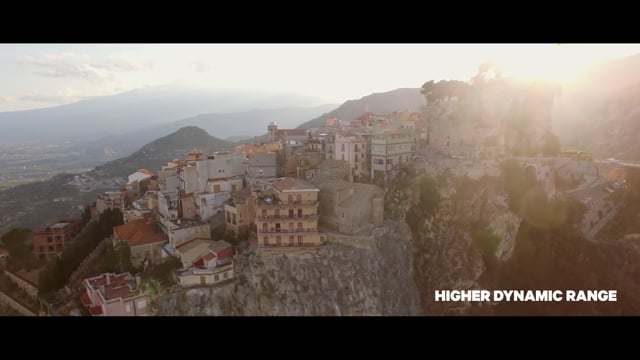