LUXEMBOURG, 13 January 2016 - SES S.A. (NYSE Euronext Paris and Luxembourg Stock Exchange: SESG) announced the transmission of a record number of TV channels on board its satellite fleet as of 31 December 2015. SES’s TV channel count grew by 11.3% to 7,268 channels during 2015, compared with an overall growth of 2% for the rest of the industry. The superior development was driven by the continued introduction of new High Definition (HD) channels across Europe and North America, as well as the further expansion of SES’s Video business across emerging markets. Nearly 60% of all channels on the SES fleet are now broadcast in the MPEG-4 compression standard. 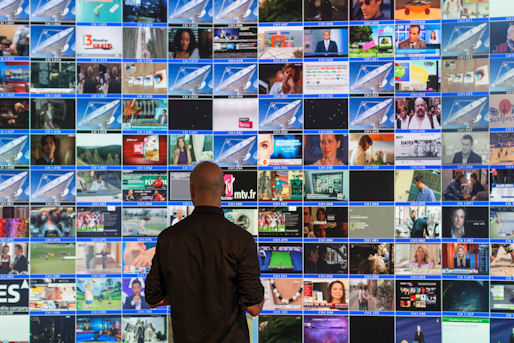 The penetration of HD channels across all markets continues to be an important driver of growth for SES.

The growth of SES’s global channel count has been particularly pronounced in the emerging markets, where the company is successfully expanding its presence in global Video, as a key element of SES’s differentiated strategy. SES now carries close to 2,900 TV channels across a range of fast-growing emerging markets, such as Latin America, Asia-Pacific, the Middle East and Africa (40% of the total of channels). This compares to just over 2,300 channels at the end of 2014 representing a growth of 25% in only one year. It also includes a doubling in HDTV channels to well over 300.

These trends have been a consistent driver in the superior development of SES’s channel count, which has grown by a compound annual rate of more than 9% per annum over the last three years. Over the same period, the number of HDTV channels broadcast over the SES fleet has increased by a compound rate of nearly 15% each year.

Looking to the future, SES remains at the forefront of the commercial introduction of Ultra HD, the next step-change in broadcast quality and viewing experience. SES was the first satellite operator to introduce Ultra HD in Europe and North America and to secure capacity agreements for Ultra HD, with seven channels to broadcast commercial Ultra HD channels on SES satellites worldwide in 2015, and the outlook is for significant growth in the coming years as more commercial offerings gain momentum.

“With more TV channels than ever before, this confirms SES’s leading role as a TV broadcasting infrastructure and driver of global digitisation, as well as emphasising the essential role of satellite for video distribution,” said Ferdinand Kayser, Chief Commercial Officer of SES. “SES is exceptionally well placed to leverage major growth opportunities, especially in new and emerging markets. Our current launch programme is a dynamic engine for this future growth, delivering a 21% increase in capacity in the emerging markets by the end of 2017. In particular, the launches of SES-9 and SES-10 will drive growth by delivering a total of 80 additional transponders in Asia and Latin America, with important pre-fill rates underwritten by customer agreements. With more and more channels being broadcast in HD quality, and broadcasters entering the era of Ultra HD, 2016 and beyond will see continued growth and accelerated development for SES’s video segment."