Together with MagtiCom, we are bringing the latest digital content to every household in Georgia.

In 2014, Georgians were familiar with analogue TV, but knew little about the benefits of digital satellite TV – and even less about HDTV. Many of the country’s 1.2 million households are located in remote, mountainous, and hard-to-reach areas, but MagtiCom wanted to be able to offer their service to the entire population living in every town and village.

Our partnership enabled MagtiCom to bring the latest digital content to every household in Georgia – even those in the most mountainous and inaccessible villages. We provided a wide range of services, from uplinks to retail support, for the launch of the digital direct-to-home television service. To guarantee the service of up to 112 channels, including six in HD, we included a protected, redundant feed on the four transponders on ASTRA 4B. The digital TV package includes four channels of MagtiCom’s own content, as well as channels from other local content providers that are distributed via MagtiCom’s uplink centre.

Moving into TV was a huge step for us because we knew nothing about DTH television. We chose a very reliable and knowledgeable partner in SES, and its satellite fleet provided the best footprint for Georgia. MagtiSat is the first DTH operator in Georgia, and we don’t only target cities. We target every Georgian everywhere. SES gives us the satellite technology and support we need to enable a footprint that covers every single inch of the entire territory to deliver both local and international content.
David Lee, President of MagtiCom

Bringing satellite TV to Germany Together with Astra, we are working to proactively extend our reach and foster migration from other TV infrastructures, including terrestrial or cable. Industry Media &amp; Broadcast
Read more

Expanding HDTV in the Philippines Cignal launched in 2009, bringing DTH services to the Philippines. Since then, it has grown its subscriber base to 400,000, and expanded its channel offering to include a bundle of the most popular HD channels.
Read more

Leading the HDTV Revolution HD+ offered unparalleled benefits to TV broadcasters, retailers and viewers alike when they took the step of transitioning into the world of HDTV. Industry Media &amp; Broadcast
Read more 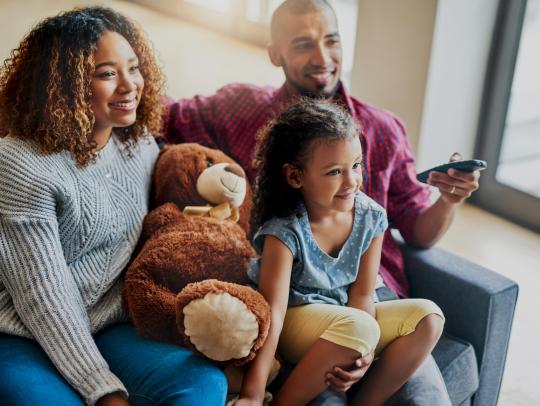 Bringing Triple-Play Services to all of France In some parts of France, ADSL speeds are limited, or there may be no ADSL connectivity at all. Orange TV wanted to offer television services to all of its internet subscribers in France, even when they are in slow or no-ADSL areas.
Read more