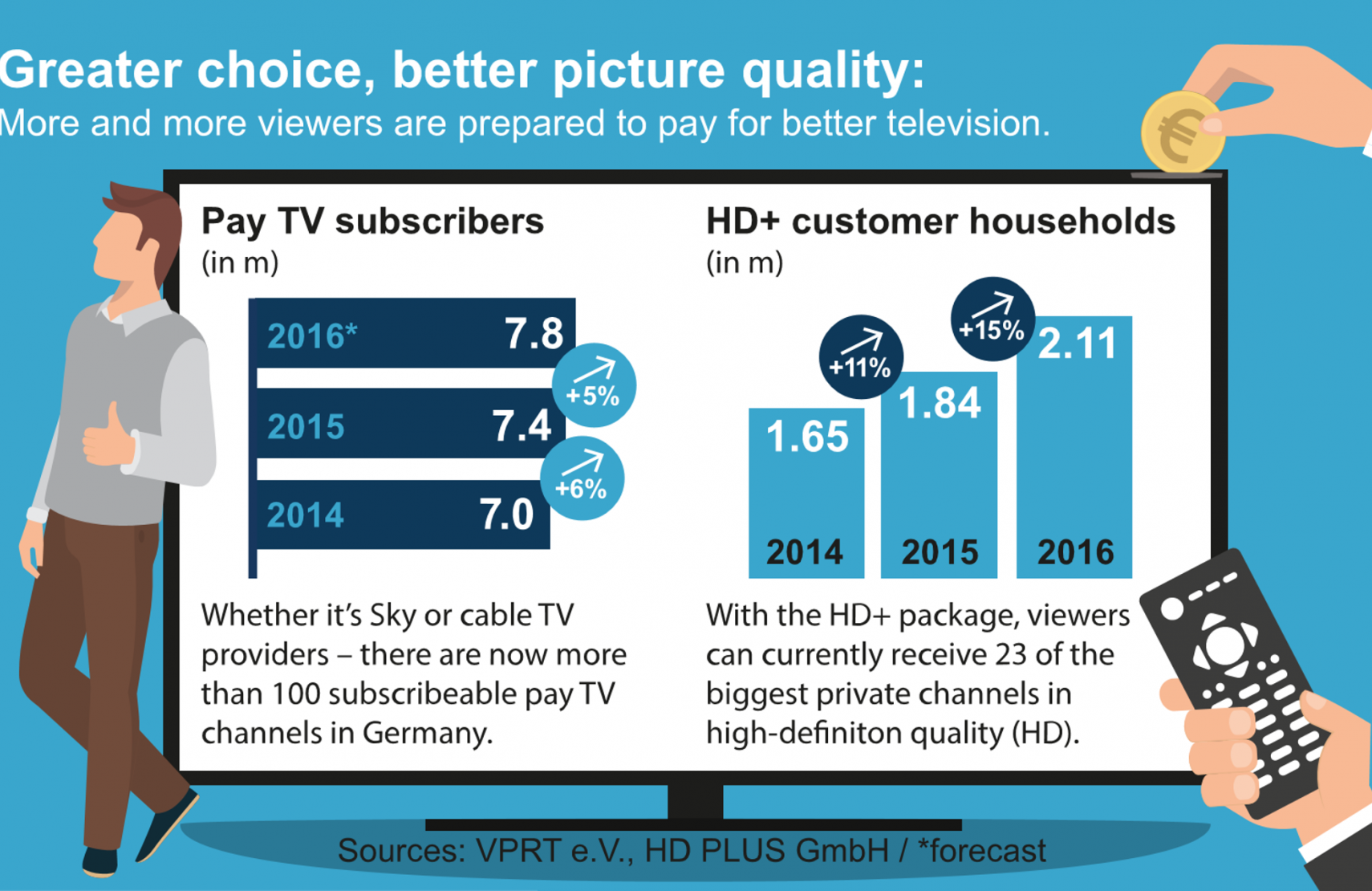 Wilfried Urner, Chairman of the Management Board of HD PLUS, said: “2016 was a great year for HD+, cracking the two million subscriber mark and growing even stronger than in the previous year. This momentum confirms that HD+ is now a real force in the German TV landscape. More and more people in Germany are willing to pay for a better television experience, whether in terms of content choice or picture quality. HD+, as one of the pioneers of HDTV, is benefiting from this trend. HD+ will be banking on further stimulus through the rising trend in Ultra-HD and the switch over of the current digital terrestrial television DVB-T to DVB-T2.”

On March 29, the digital terrestrial network in Germany will be switched from the DVB-T transmission standard to the new DVB-T2 technology, which includes a switch to a new encoding standard (HEVC). DVB-T households will then require new hardware. For many TV households, the combination of satellite reception and HD+ therefore offers an attractive alternative: 300 programs all over Germany, more than 50 in HD, and 23 via satellite exclusively with HD+. DVB-T2, which charges a fee for private programs, is limited to 40 channels, in many regions even fewer.

HD PLUS GmbH is a fully-owned subsidiary of SES, one of the world’s leading satellite operators with a fleet of over 50 satellites. HD PLUS GmbH was founded in May 2009 and markets the HD+ product, an additional HD quality programme offer which can be received in Germany via the Astra satellite system. Users of HD+ can access more than 50 channels in HD – in addition to 30 public-service HD broadcasters, viewers can receive 22 of the largest private channels in HD quality via the HD+ channel bundle. www.hd-plus.de