No matter who you are or where you are based, the current need to be connected could not be greater. Location-independent, reliable connection has become a staple in millions of households, workplaces, and recreational spaces, and increased digitalization on the African continent is testament to this. Daniel Schapiro, the Sales Director for Africa, recently discussed digitalization through O3b satellites in the Democratic Republic of Congo (DRC) — in an engaging ESOA webinar titled “Building Digital Societies in the DRC”. 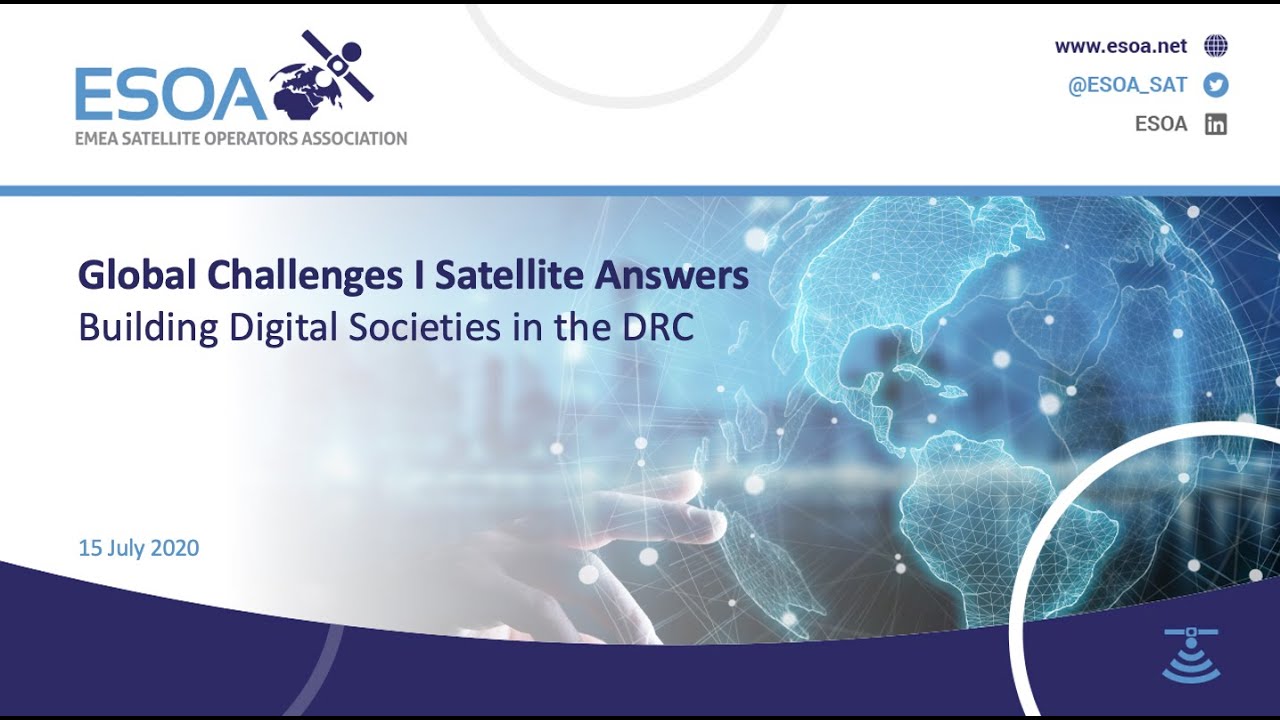 The need for connectivity notwithstanding, some sectors of the population remain without an Internet connection. Governments, aid organizations, and private enterprises are working tirelessly to bridge this digital divide between the connected and the unconnected. This task is nothing short of being a mammoth one, but these persistent issues of (dis)connection can be addressed through effective deployment and utilization of satellite infrastructure.

Speaking about SES’ journey in connecting the DRC, Daniel said, “SES launched the first O3b satellites in 2013; the O3b constellation is the first high-throughput satellite constellation with low latency. By 2014, we were up and running in the DRC”. The DRC was the first country in Africa to get O3b and the second country in the world to achieve connection to this ground-breaking constellation.

Daniel explained that through partnering with Gilat Telecom, SES was able to rapidly facilitate connection in Kinshasa, the country’s capital, and systematically expand – both in bandwidth and in presence – to other cities in the country. Daniel continued to elaborate, “One of the advantages of O3b, and one of the reasons we were able to grow so significantly in (the) DRC and other places, is the high quality of services we provide. We regard bridging the digital divide not only as providing capacity to customers, but providing first-class capacity to them”.

After years of grappling with limited 2G connection for much of its population, the DRC has made a breakthrough with next-generation satellite technologies that now connect around 25 million locals to 4G. DRC’s harnessing of emerging satellite technologies has been very successful and hugely beneficial from day one.
Through stable, cutting-edge connection to the O3b satellite constellation, millions of people have experienced unprecedented connection and digital transformation. In this way, the DRC is truly a stellar case study of cyber evolution through effective satellite network deployment and utilization.