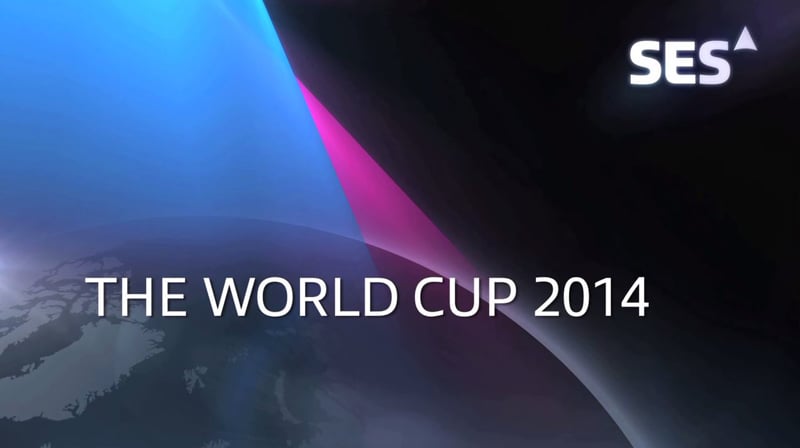 As the world gears up for the opening of one of its biggest sporting events - FIFA World Cup 2014, SES too is all set to transmit the event live to millions of homes worldwide through its global fleet of satellites.
Major sporting, political and entertainment events add depth and fresh content to the global broadcast calendar each year and each year SES is there.

Broadcasters and media operators use SES’ satellite capacity to provide vital communications that link seamlessly between studios, playout centres and head-ends. Leading broadcasters from around the world have secured more than 450MHz of SES Occasional Use capacity aboard SES’s satellites NSS-806, SES-6 and NSS-7, to deliver 2014 World Cup broadcasts to audiences throughout North America, Latin America and Europe.

Broadcasters will also utilise other SES spacecraft together with strategic ground infrastructure, to extend the distribution of World Cup coverage into other regions, including Asia, Australia and the Middle East. SES’s AMC-9 satellite, for example, will be used to reach viewers in Mexico and the U.S., while SES-1, SES-2, SES-4, SES-5, SES-6 and AMC-1 will also play integral roles in helping broadcasters ultimately reach a global audience.

Over the last two decades SES has provided the satellite links to carry all kinds of major events, including the Olympics and the FIFA World Cup as well as breaking news stories from around the world. Regardless of what events the next year brings, it will be carried on SES satellites.