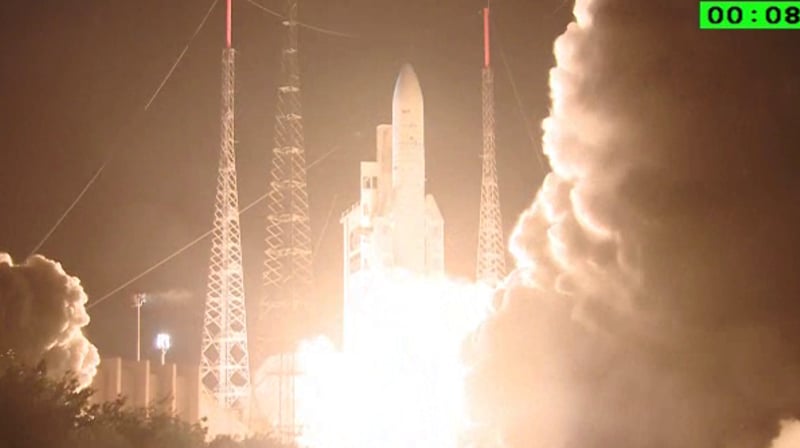 SES is very pleased to announce that our 56th satellite ASTRA 5B was lofted into orbit on March 22 at 19:04 local time (22:04 UTC), onboard an Ariane 5 ECA rocket from the European spaceport in Kourou, French Guyana.

ASTRA 5B was built by Airbus Defence and Space Systems and will operate from the 31.5° East orbital slot, where it will add capacity and extend geographical reach over Central and Eastern Europe, Russia and CIS for direct-to-home and direct-to-cable services, as well as contribution feeds to digital terrestrial television networks.

Furthermore, ASTRA 5B also carries the second SES hosted L-band payload for the European Commission’s European Geostationary Navigation Overlay Service (EGNOS). Together with the first EGNOS payload launched onboard SES-5 in 2012, this tailor-made L-band capacity will help verify and improve the reliability and accuracy of positioning signals in Europe.

ASTRA 5B has a launch mass of 5724 kilograms, and a wingspan of 40m once its solar arrays are deployed in orbit, and a spacecraft power of 13kW at the end of its 15-year design lifetime.