SPELL: A Story of Vision, Innovation and Execution

In 2007, SES’s technical team needed to address the issue of tight schedules prior to satellite launches. When the satellite procedures were delivered in different languages from different manufacturers, they had to be validated against satellite simulators. 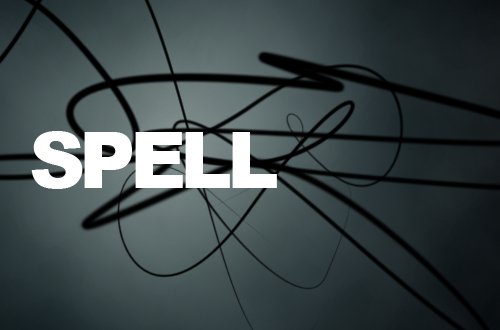 In 2012, for the first time ever, SES allowed an Ariane 5 rocket to transport a TV satellite into space, which was made by Astrium and ran entirely on latest generation software. Every single one of the programmes used to operate the satellite was written in the new satellite language SPELL. The acronym stands for “Satellite Procedure Execution Language & Library.” SPELL is a standard which helps the many different programming languages that were previously used to operate satellites and their subsystems to be unified under one roof.

The SPELL (Satellite Procedure Execution Language and Library) project, initiated by SES Technology in 2007, continues to open new paths of opportunity and cooperation.

SES released SPELL as a free, open-source software framework used to automate the execution of satellite procedures. Thanks to the generic and system-independent approach of SPELL, it provides homogeneity across different platforms and satellite control systems. It reduces risks in satellite operations by increasing automation, improves readability of procedures and their operational efficiency, therefore bringing cost-efficiency, as already proven by SES, where SPELL is used to control 35 satellites in our fleet in February 2015.

The vision was to develop a new, efficient and finely-tuned satellite procedure control environment with an added twist of releasing that system to the satellite industry, along with the appropriate technical support, and with the goal of becoming an industry standard. The vision of becoming an industry standard would further benefit SES as it would reduce risk on future satellite programmes. The manufacturers would provide procedures directly in SPELL format, thereby minimising both risk and workload on the SES engineering teams prior to launch.

A notable SPELL collaborator is the satellite operator Intelsat which, in early 2014, selected SPELL as their standard for satellite operations and now contributes code enhancements back to SES. Intelsat is working on the integration of SPELL into their Eurostar 3000 fleet, as well as upcoming launches for their Boeing 702s.

Since the kick-off of the SPELL project in 2007, a close collaboration with GMV Aerospace and Defence has been maintained, under the guidance of SES Technology, to further develop, improve, validate and spread the SPELL product through their channels.

Last but not least, another notable cooperation on SPELL is with SES TechCom, which has been leading two innovation projects funded by ESA (European Space Agency) as part of its ARTES R&D programme. These projects are: EASO (Efficient Automation of Satellite Operations) and AG1 (Advanced Generation 1) projects.

The AG1 project is aimed at developing the SPELL procedures for Hispasat’s AG1 Small GEO future satellite. In this respect, being a Sub-Contractor of GMV, SES TechCom leads the development of the ‘TOPE2SPELL’ automatic converter for OHB’s TOPE satellite procedures, with the support of SES Technology.

All these collaborations form a wide and growing community that has been created in the last few years around SPELL; a community that SES plans to keep guiding and developing; a community formed by both satellite manufacturers, such as Airbus Defence & Space, Thales Alenia Space, Boeing, Space Systems Loral and OHB, as well as other satellite operators, such as Intelsat, Eutelsat, Hispasat, Measat, Nilesat, StarOne and ArabSat, that have adopted SPELL for their fleets. Thus, SPELL is an SES success story in which both entities, SES Technology and SES TechCom, have been successfully collaborating for the benefit of SES and the wider satellite community.