On Friday 4 March, SES-9 lifted off the launch pad at 6:35 pm East Coast Time on board SpaceX’s upgraded Falcon 9 from Cape Canaveral, Florida. 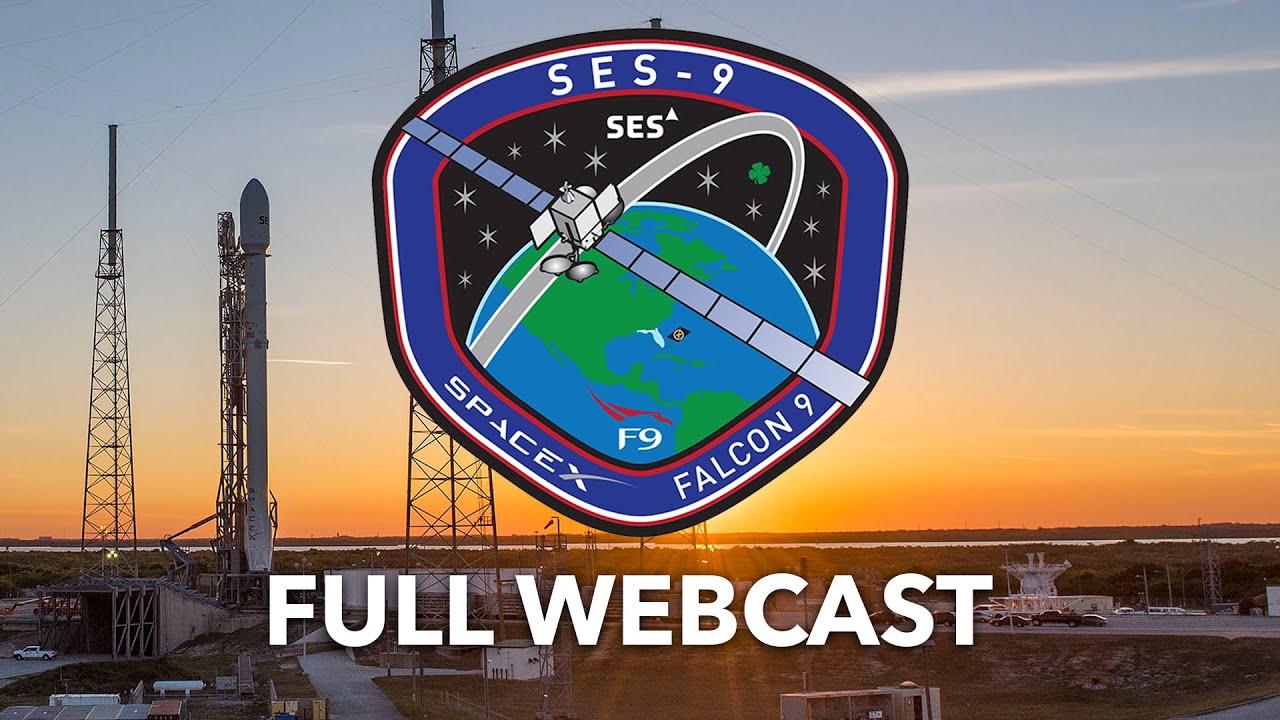 Here Matt Cooper, General Manager, New Procurement Programs at SES, shares with us a snapshot of the preparation work in advance of lift-off.

Three months before the SES-9 launch

SES-9 arrived at Cape Canaveral on December 6, 2015. Three SES engineers were there to receive it and to perform the checkout programme.

Unlike many satellites, which are shipped on large Antonov airplanes, SES-9 travelled by road in a specially modified container. Its journey began at the Boeing Satellite Development Centre in El Segundo, California, and ended in Cape Canaveral. This took about a week.

As the SES-9 voyage was cross country, the shipment had to comply with specific regulations in each state it passed through. Boeing implemented and coordinated the transport, and one SES colleague participated in the inspections prior to and during the packing. He was there as the final preparations were made to approve the packing and handling in conjunction with Boeing's procedures.

Two months before the SES-9 launch

Once SES-9 arrived at Cape Canaveral it was removed from the shipping container. Boeing engineers then tested the satellite for one week. The preparation phase of Falcon 9 launch, also referred to as the launch campaign, was resumed in early January 2016.

During its in-orbit manoeuvring SES-9 will use an electrical propulsion system that runs with Xenon gas. This Xenon gas had already been loaded earlier when SES-9 was still in El Segundo. Yet for its initial orbit raising SES-9 needed Oxidizer and Fuel. This was added once the launch campaign resumed in early January, with one SES propulsion engineer providing his support during this operation.

Our team was working closely with Boeing during that time; reviewing spacecraft test data, the fuelling operations and the finalization of the satellite.

Ten days before the launch

Getting close to the launch, we began each morning with a meeting that SpaceX and Boeing both attended, to coordinate activities, starting with the mating operations.

During this process, the most essential aspect for us was to understand each team’s needs, which were the heart of a successful and smooth integration of our SES-9 satellite with the Falcon 9 rocket. If these needs were for some reason at odds, we needed to find an acceptable solution for both parties, which could be challenging, but very rewarding!

Eight days before the launch

At this point SES-9 was placed on the adapter. This is the mechanical interface between the satellite and Falcon 9, and it contains the release device to detach the satellite once in orbit.

Three days before the launch

SES-9 was encapsulated in the fairing at the SpaceX payload processing facility and shipped approximately 5 km on a transporter to SpaceX’s launch site, Space Launch Complex 40 (SLC-40), which took about one hour. There it was integrated to the second stage of the Falcon 9.

Two days before the launch

That was when we ran through what we would do on launch day, exercising the procedures, practicing our respective roles, and the do it "for real" on launch day.

Eleven hours before the launch

Falcon 9 was placed on the launchpad, and lifted to a vertical position prior to launch.

Two hours before the launch

The SES Launch Team was on the console and SES-9 was about to be put into its launch configuration. The weather situation was being monitored. Soon, the Technical Bridge was opened to connect the SES Launch Team at Cape Canaveral with the SES Mission Team in El Segundo, the Engineering Teams in the SES control centres, and many other SES colleagues involved in the launch, to jointly monitor the launch progress and work last minute issues, if any. Then the final countdown started… and we had lift-off!