By Karim Michel Sabbagh, President and CEO of SES 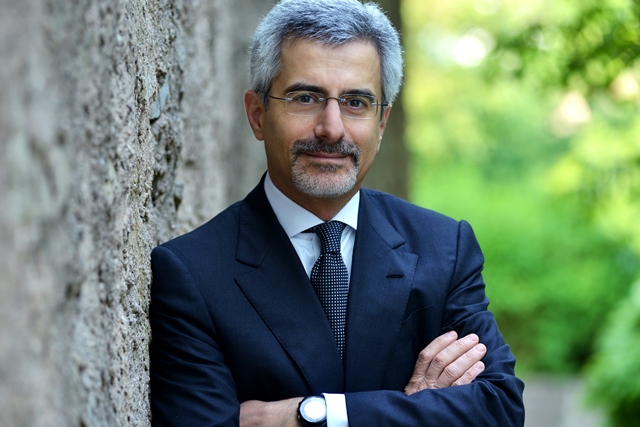 The most important challenge of our times is to connect everyone on this planet.

Why? Because universal connection through the digital highway will give us the earliest and best chance of dealing with the recognized global challenges: protecting the environment; conserving energy; reducing poverty, and building access to social justice, education and political liberty for people everywhere.

The emerging digital highway is composed of three forces that are now moving in the same direction. First, consumer pull, especially from the newest “connected” generation, needing to be online and entertained always and everywhere. Second, technology push, with an increasing range of affordable consumer electronic devices. Third, the realization of the enormous social and economic benefits of digitization.

Digitization provided a US$200 billion boost to world economic output and added 6 million jobs globally in 2011. An increase of 10 percent in a country’s digitization will produce an extra 0.75 percent growth in its GDP per capita, with yields even bigger for less developed markets. As an economic accelerant, digitization is about 5 times more powerful than the average impact of broadband deployment on GDP per capita. It will also yield a massive one percentage point reduction in unemployment, also nearly 5 times greater than the impact of broadband deployment.

But the digital highway is of no consequence without the social and economic benefits that it can produce. For the highway becomes human only when connectivity is ubiquitous, universal, affordable and reliable, and when users have the skills and the insight to ensure that people must be the primary beneficiaries. To do this, we need to take a moment to think outside the decoder.

Over 70% of today’s connectivity usage is video; in two years it could be over 80%. The sheer volume of the video required is extraordinary. Two zettabytes (or two trillion gigabytes) of digital content were consumed over terrestrial and satellite networks in 2013 while eight zettabytes or more will be consumed in 2020.

But the headlong rush for video quality could leave a majority of people around the world abandoned, denying them the benefits of those online. A politically devastating fault line could open in societies and countries across the world, sinking new wells of disillusion, depression and dispossession. This is a communications supernova, but as it explodes, its pieces could be scattered far, wide and out of effective reach for most.

We can avoid this modern version of the “tragedy of the commons”. And we don’t need to start from scratch. We can adapt the kinship of the earliest societies and civilizations by applying the basic principles of co-operation, combination and the collective processing of data and information into knowledge. It’s the same with the infrastructure necessary for the digital highway. Terrestrial networks can bring the connectivity and satellites can distribute the content, the hybrid partnership delivering what we need by providing universal coverage. This can only be done if we commit to improving the digital experience for all users, not just those in the developed world. The digital divide must disappear.

The internet and its terrestrial network were designed for communications, not for media distribution. Networks that were mostly built for the transmission of texts, emails and holiday snaps are now struggling to carry the media mammoths. There is not enough capacity in the fixed networks for the demands even of the near future, and the upgrades necessary would cost hundreds of billions of dollars in road repairs, cables and construction. And just imagine the traffic jams…

A hybrid solution can be effective almost immediately, removing most of the weight of the anticipated global traffic from aging terrestrial backbones and the aching joints of fixed access networks. We can create an inclusive mix of infrastructure, combining the unique strengths of several technologies in a hybrid formulation for everybody’s use and benefit.

This has to start with the optimization and organization of spectrum, an essential resource analogous to energy, water or food, due to its huge role in operations and capacity facilitation. Satellites contribute unparalleled broadcast spectrum efficiency to the inclusive technology mix needed, with 25 times better spectral efficiency than mobile networks because they carry 50 times more consumed digital content than all mobile networks put together.

We can eliminate broadband waste by sharing the capacity of the big infrastructures. Most broadband plans are based on the same “one size fits all” model, which is wasteful and costly. In Western Europe, a hybrid terrestrial-satellite model could save up to one third of the investment required and distribute up to twice as much content per $ invested.

Our challenge is to create a universal digital highway that is scalable, sustainable, flexible, transparent, and ecological. We should stop looking for the next big infrastructural development and start to resolve the most urgent of our global problems, that of universal connection. Only then can we quickly and efficiently resolve the rest of the challenges on our human highway.