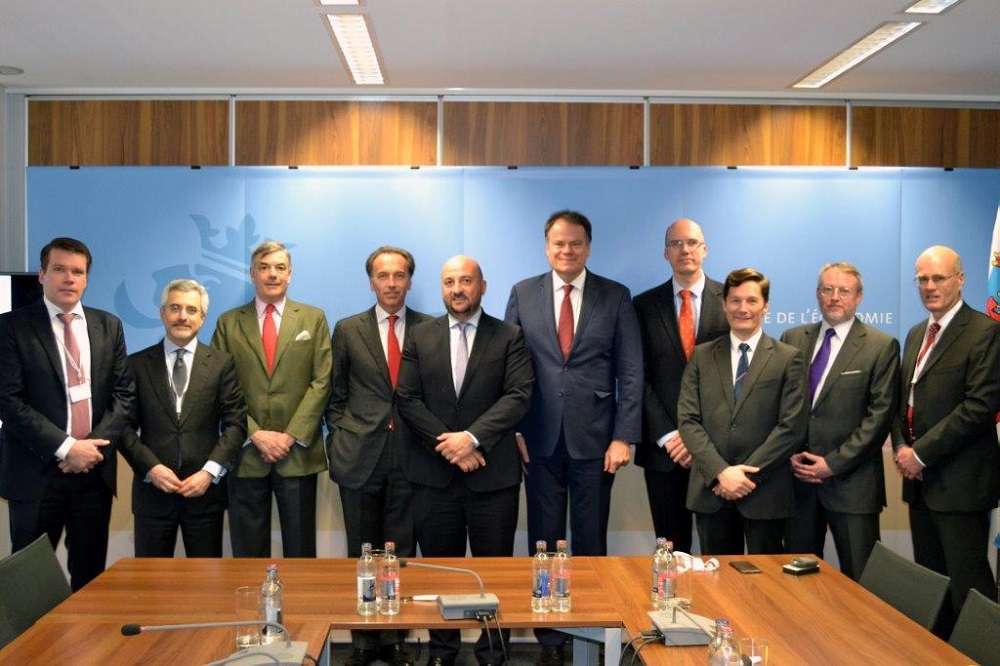 The initiative taken by the Ministry of the Economy in the context of Digital Lëtzebuerg seeks to set up an ecosystem that fully adapts to the needs of start-ups within the ICT sector, while offering an adequate framework for the creation and development of young and innovative companies.

The Digital Tech Fund will take equity stakes in promising innovative enterprises created less than seven years ago and which are developing existing products, preferably in the form of functional prototypes. The fund will focus primarily, but not exclusively, on making venture capital investments in areas such as cybersecurity, FinTech, Big Data, Digital Health, the media and the next-generation communication networks, digital learning, the "Internet of Things" or satellite telecommunications and services.

Designed on the principle of an "evergreen" fund, the Digital Tech Fund will also aim to facilitate the transfer of new technologies from public research, especially from the Interdisciplinary Centre for Security, Reliability and Trust (SnT) of the University of Luxembourg.

Operational as of May 2016, the Digital Tech Fund will be managed by a team of specialists from Expon Capital S.A.R.L.

The Digital Tech Fund will be established as a joint stock limited partnership (S.C.A.). The participation of the Luxembourg State is 5 million euros. SES is investing 3 million euros. The financial contribution of other investors amounts to a total of 14.33 million euros, of which 3 million are provided by the National Credit and Investment (SNCI) and 3 million by SES.

Vice Prime Minister and Minister of Economy, Étienne Schneider, said: “By giving an answer to the financial requirements of start-up businesses, the Digital Tech Fund will complete the national ecosystem that is in favour of developing young and innovative companies within the ICT sector. Complementing the existing financing instruments and public support measures, such as the Fit4Start programme, and various other schemes the Ministry offers, the Future Fund, as a new investment vehicle contributes to making Luxembourg the home for start-ups, attracting new and innovative activities.”

Karim Michel Sabbagh, President & CEO, SES commented: “Continuously developing Luxembourg, an open and interconnected economy in the heart of Europe, relies on attracting the right intellectual capital. Such highly mobile and international talent seek the best clusters of intellectual inspiration and funding – places where audacity will be stimulated. Luxembourg has a lot to offer to such talent thanks for instance to the University of Luxembourg, several government support instruments, the proximity of financial and industrial experts, and now the Digital Tech Fund. Established private companies will benefit as well as making it easier for us to attract talent and innovative ideas ourselves.”

Alain Rodermann, partner at Expon Capital S.A.R.L.: “Our team has over 30 years of experience in venture capital in reputable companies and nearly 50 investments in Europe and the United States.”

The Digital Tech Fund has been developed as a partnership between the public and private sectors. Besides SES, other stakeholders involved in the Fund will be (in alphabetical order): Arendt & Medernach, Banque Internationale à Luxembourg SA (BIL), High Capital (BHS Services), Luxembourg State, POST Capital, Proximus, and SNCI.