Luxembourg, 10 April 2018 – Following major space and ground infrastructure investments and the expansion of its Latin America video neighbourhood, SES today announced the launch of its Ultra HD platform into the region to accelerate commercial 4K rollouts among leading cable, IPTV, and DTH providers across Latin America. 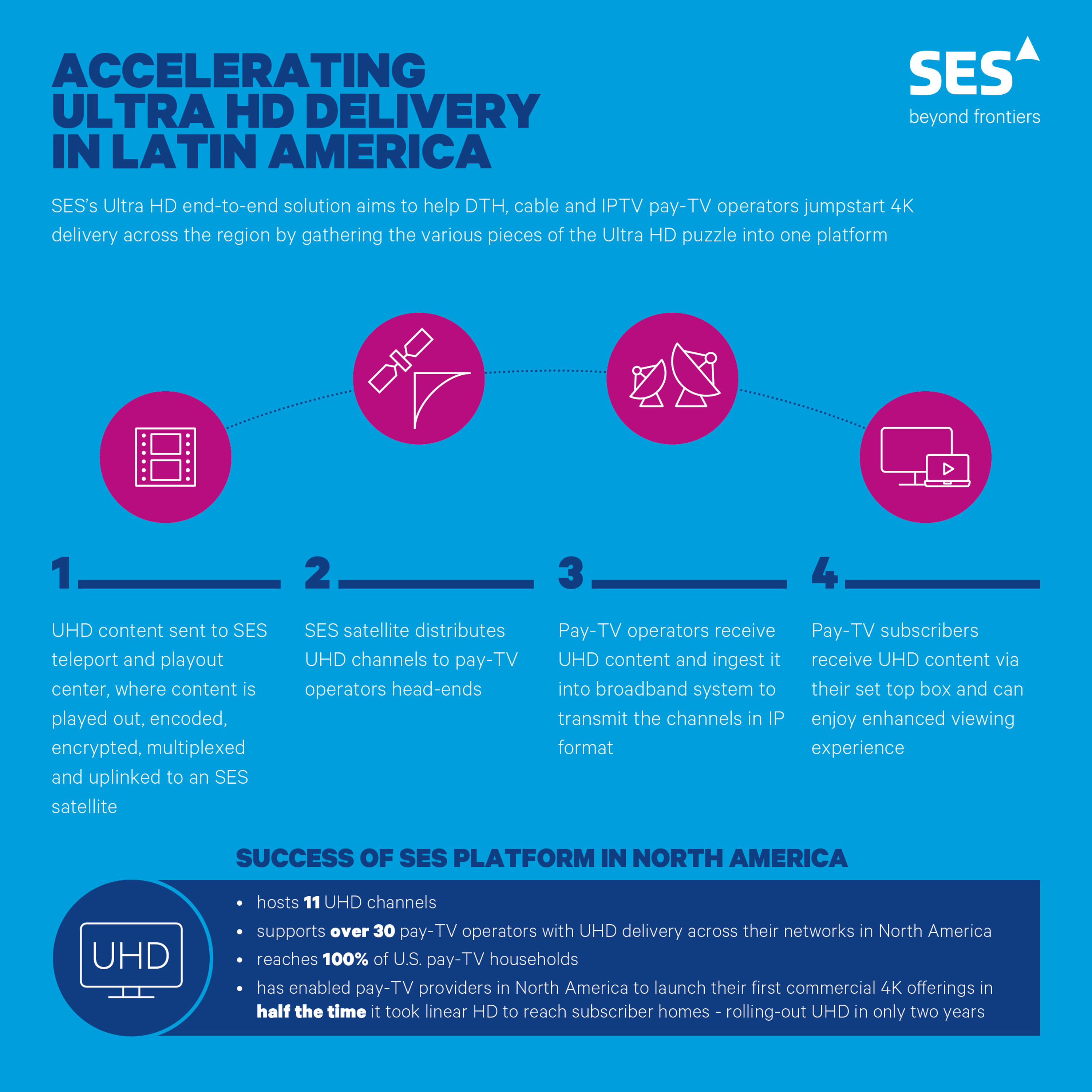 Like SES’s North America Ultra HD solution, the end-to-end Latin America platform will be distributed over multiple SES satellites. SES-6 will provide dedicated delivery across 100% of the Brazilian market, offering programming flexibility for local content. SES’s NSS-806 satellite, home to SES’s leading Latin American Pay TV neighbourhood, will serve the rest of the region until it is replaced by the recently launched SES-14 satellite later this year. Once SES-14 initiates service, SES plans to significantly expand the Latin America channel lineup on its expanding video neighbourhood at 47.5 West. SES is the unmatched leader in global HD and Ultra HD distribution, and has experienced unprecedented 18% year-on-year growth in Latin America with over 300 HD and Ultra HD channels currently hosted on its satellites.

“SES is ushering in an exciting new era of advanced television services across the region with the launch of our new Latin America Ultra HD platform – the latest game-changing solution built on SES’s robust network of space and ground infrastructure. The SES network is enabling the efficient delivery of HD, Ultra HD, and OTT content to audiences throughout the region,” said Jurandir Pitsch, Vice President, Sales and Market Development for SES Video in Latin America and the Caribbean. “Latin America’s leading Pay TV providers are poised to offer Ultra HD content to their subscribers via the SES platform ahead of the 2018 World Cup, which is driving strong interest in 4K services across the region.”

The SES-backed antenna programme, which led to the installation of satellite antennas at Pay TV distribution hubs throughout Latin America, puts SES in a prime position to help cable, IPTV and DTH providers reach 100% of the region’s vast audiences with advanced HD and Ultra HD content.