Upcoming US TV premieres include the new 10-episode 4K underwater series Blue World, from Emmy Award-winning cinematographer Jonathan Bird. The series debuted on May 18, and airs Thursday’s at 7PM on 4KUNIVERSE’s cable channel. The premiere 4K-resolution season features episodes on tiger sharks in the Bahamas, muck diving in Iceland, Florida cave diving, the Mayan underworld, scuba diving in Turks & Caicos, diving with NASA, a shark electro-sensory experiment, flower gardens in the Caribbean, and an episode featuring a Giant Pacific Octopus.

Matthew Mancinelli, Founder & CEO of 4KUNIVERSE states,“Our goal is to have 4KUNIVERSE scheduled to look and feel like a channel cable subscribers would want to watch daily. We have plans to bring compelling 4K news segments into the fold in the months to come.” 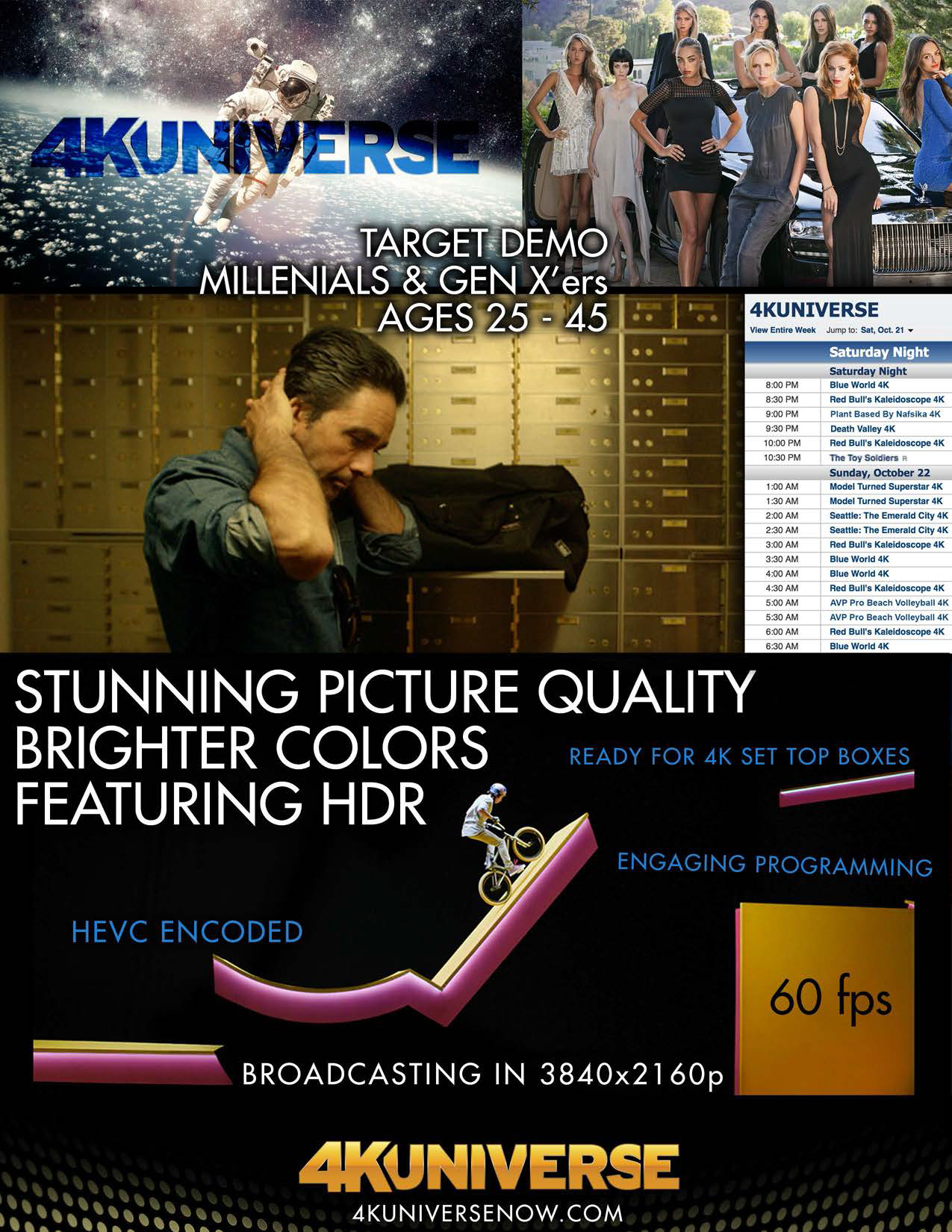 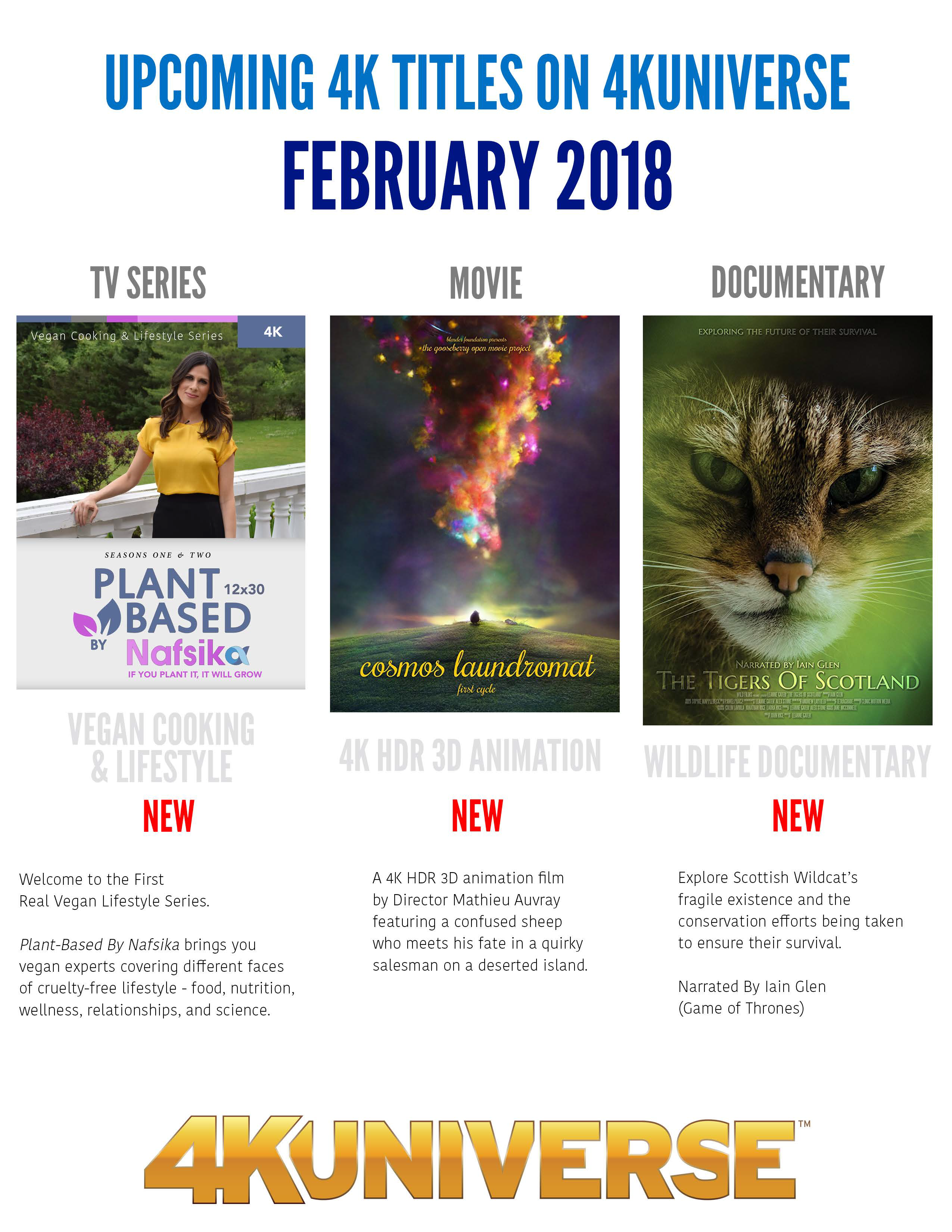 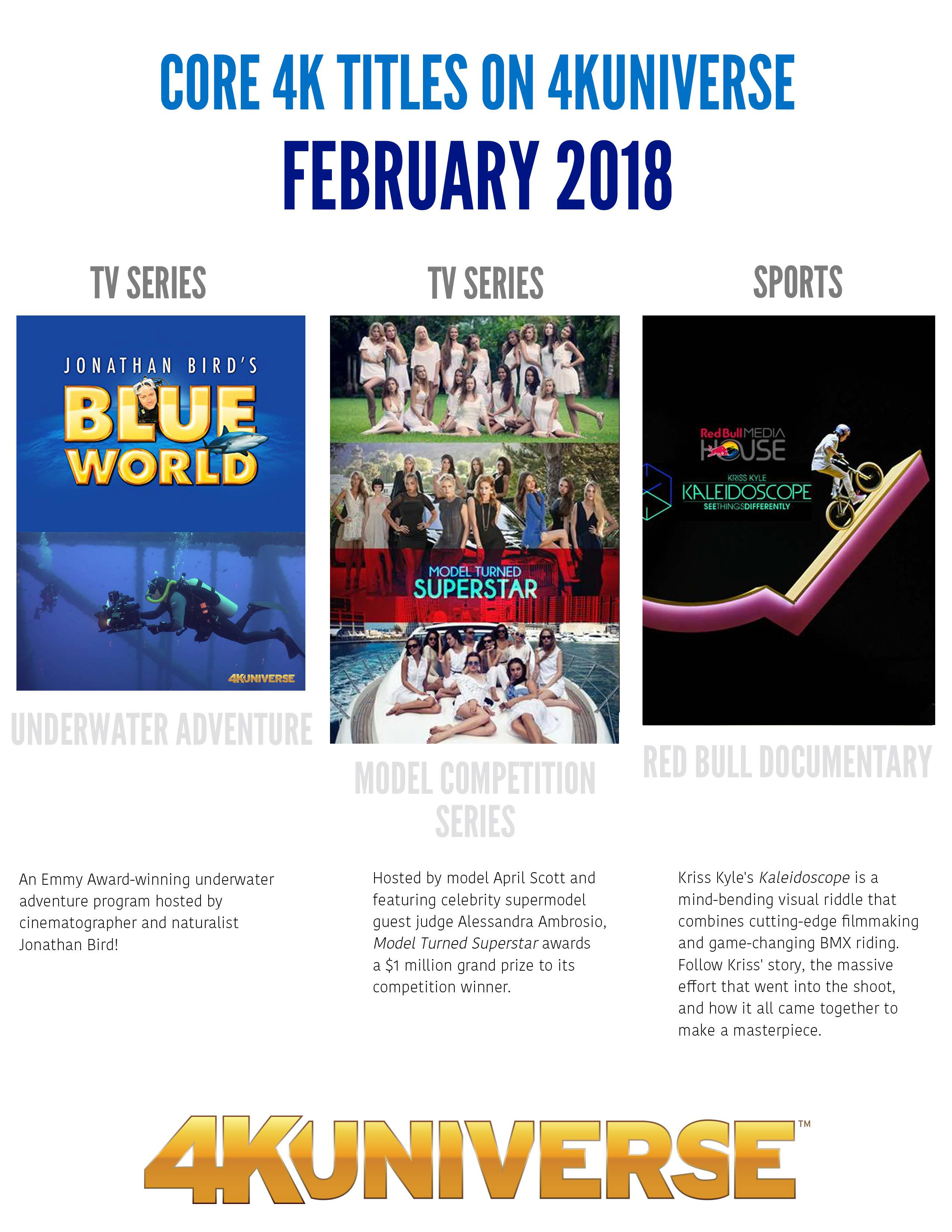 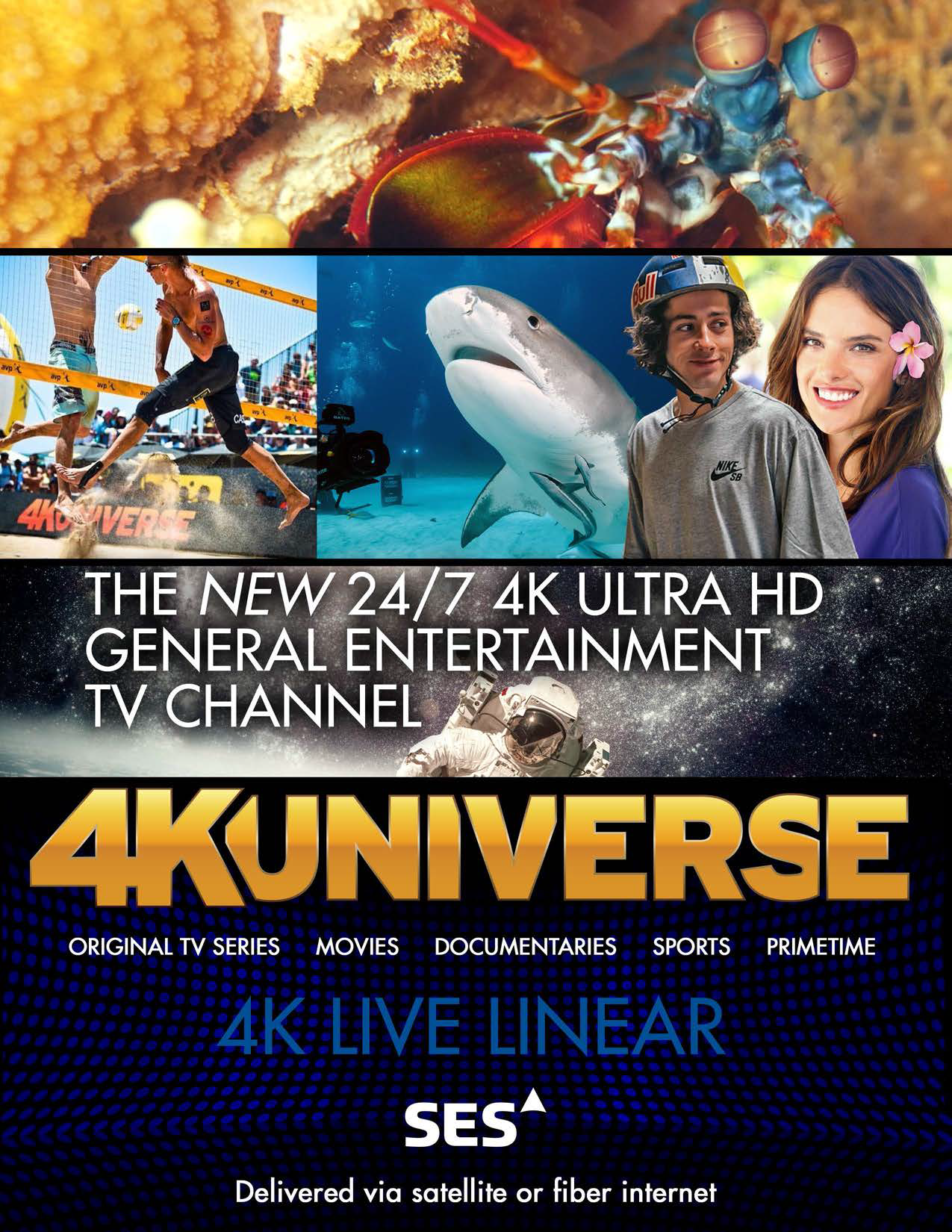