According to A.Chatterjee, SVP, Aero Segment Market Solutions SES Networks, “we are on the verge of entering a whole new age of IFC as the number of flights and passengers are expected to skyrocket over the next decade and beyond”. While North America is leading the market today, the appetite for connectivity continues to spread. “Inflight connectivity is booming and fast becoming a must have for passengers and airlines around the world,” Chatterjee says. “North American airlines and passengers are setting the expectations and whetting the IFC appetites and driving demand eastward to Europe, the Middle East, Africa and Asia. And the number of connected aircraft will drive the most growth in Europe and Asia.”

SES does not sell IFC services directly to airlines. Instead, its direct customers are service providers like Gogo, Panasonic, Global Eagle and others. Outlining the reasoning behind this business model to FTE, Chatterjee says: “SES has found a sweet spot of innovation and collaboration working closely with all of the leading IFEC service providers to meet the evolving inflight connectivity and entertainment demands of global airlines and passengers. SES is tailoring much of our global fleet and capacity to meet the needs of the inflight connectivity market. Aero service providers are at the design table with us, making sure we’re building satellites that can provide the high-powered coverage where it’s needed today and in the future. For example, our SES-14 satellite payload, which is set to initiate service in September, will enable IFEC service providers to bring connectivity that is five to 10 times faster to the airlines and passengers. That is a game-changer.

Consolidation in the IFC space?

Looking at the industry broadly, hints of consolidation in the IFC marketplace have been gaining some traction of late and while Chatterjee would not speculate on any specific plans, he did offer his thoughts on the overarching topic. “The inflight connectivity and entertainment market and the mobility market as a whole is certainly one of the most dynamic and evolving markets in the world today,” he says. “It’s interesting to see these alliances lead to partnerships and ultimately mergers and acquisitions in some cases.

“These are fascinating times across the mobility market and certainly inflight connectivity and entertainment is driving much of the transformative innovation we’ve seen arise over the last few years. SES will continue to lead the way when it comes to providing ubiquitous coverage and connectivity tailored to the aero market. And while it is interesting to watch the evolving market landscape, we certainly will not speculate on any SES plans.”

Satisfying the demand for connectivity

In February 2018, Gogo announced that more than 200 aircraft equipped with its 2Ku inflight connectivity technology were already utilising the capacity delivered by SES-15, which is SES’ first hybrid satellite offering a mix of Ku-band wide beams and Ku-band HTS capability. Panasonic and Global Eagle have since announced that they are also using SES-15 capacity.

Explaining what this additional capacity enables, Chatterjee states: “SES-15 was designed with a particular focus on the aeronautical market and the growing appetite airline passengers have for connectivity in-flight. It is built to deliver on the unprecedented IFC demand along major aero routes throughout North America, providing more capacity where air traffic is denser. That’s a vital capability when you consider the number of connected commercial aircraft in North America is expected to nearly double between 2015 and 2025.” From a passenger experience perspective, this satisfies the increasing appetite for features such as live television and reliable high-speed Wi-Fi.

Chatterjee also hints at the future opportunities presented by SES-17, which is scheduled for launch in 2021 and will be used by Thales for its FlytLIVE inflight connectivity service over the Americas region. “SES-17 is our first GEO Ka-band HTS satellite that is designed to complement the other HTS satellites across the SES fleet, such as SES-14, SES-15 and SES-12, to provide complete, multi-band coverage around the world,” he says. “It is a great example of the comprehensive approach behind SES’ multi-band, multi-orbit satellite fleet, which is designed to meet the current and future demands of an increasingly mobile world.”

The ‘Up in the Air’ conference at Future Travel Experience Global 2018 (10-12 September, Las Vegas) will host the Connectivity & IFE Business Case Summit, which will include case studies from airlines and their IFC partners. It has been designed to help airlines make the best inflight connectivity-related decisions both for today and the future. 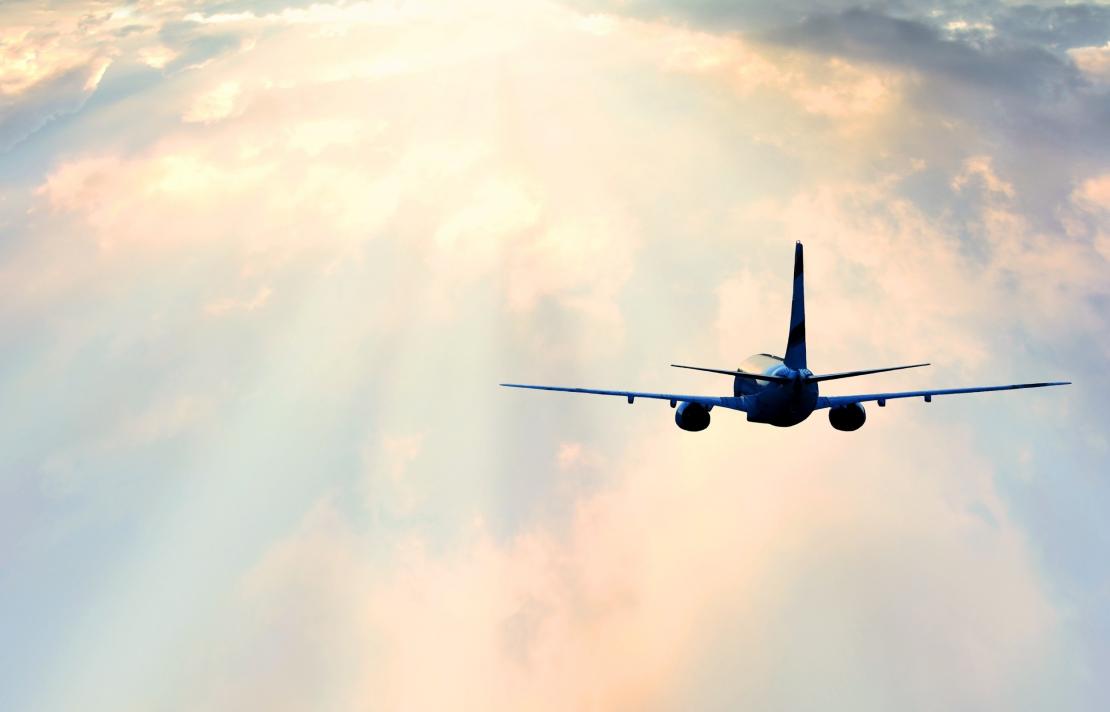 Together with Panasonic Avionics Corporation, we bring global connectivity to 3.6 billion passengers each year.